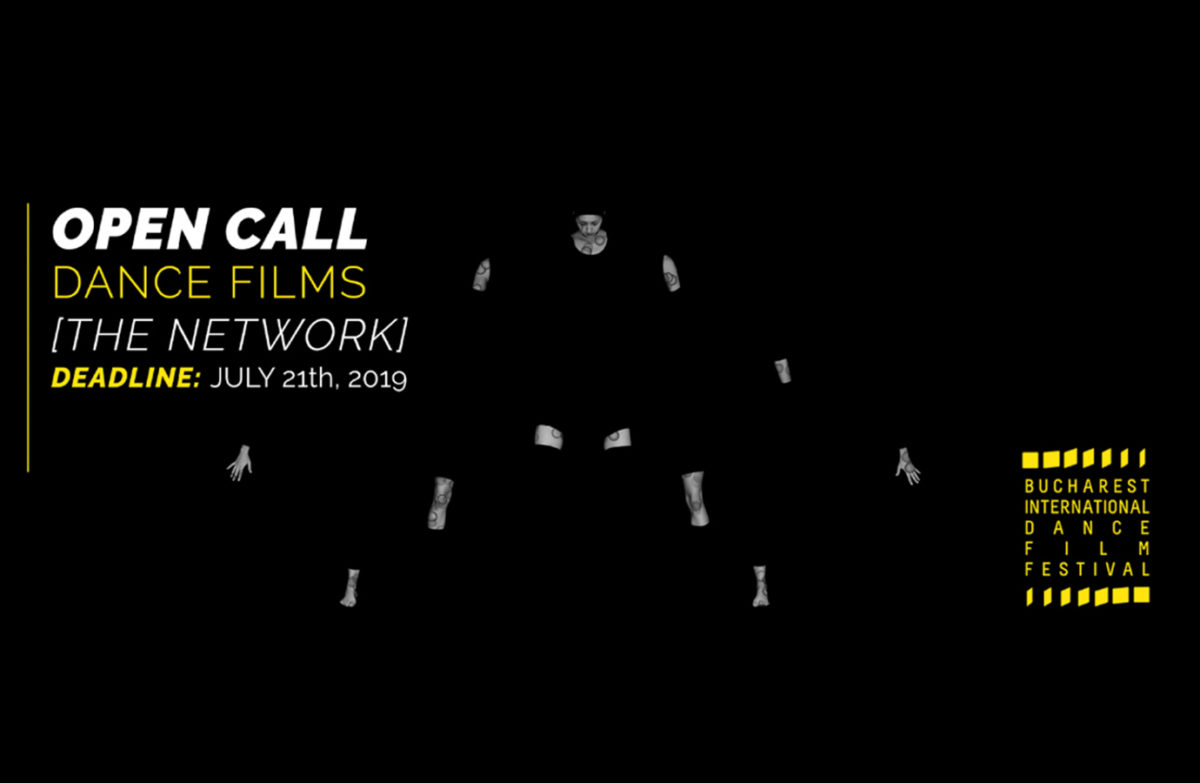 BIDFF is becoming bigger and more diverse. Besides our regular international and national competition dedicated to short dance films, this year we have opened a new competitional category for musicals. Moreover, we highly encourage you to apply if you have a movement themed animation or if you have a film that is centered on the concept of embodiment.  The competition is dedicated only to short films and the board will take into considerations fiction, documentary and musical films, that either use movement to explore an idea, either speak about issues related to the body and the world of dance.

Starting with this edition, the events dedicated to professionals are part of E X P A N D. The E X P A N D industry platform includes the Script Development Lab, looking for creators that have scripts for feature or medium-length films in the first phase of development.

BIDFF awards excellence, novelty and courage in filmmaking, with a prize pool of 3000 euro.

We are looking for:

We are not looking for:

! Don’t apply with the same film on both platforms.

BIDFF has been striving to create a platform for the development of future cutting edge films that push the boundaries of art cinema beyond the genre, while in the same time to support local filmmakers and dance artists in collaborating for the creation of new experimental cinema.

This September, we are inviting to Bucharest festival directors and programmers, producers, experts in film and choreography. E X P A N D Lab will be hosted by Apollo 111 and mentored by Andy Wood (UK), Claudia Kappenberg (UK) and Peter Schneider (USA).

We are looking for:

The Network is the theme of the fifth edition of BIDFF and marks the beginning of a new phase for the festival, by integrating in its programming films from multiple genres. We want to connect artists, producers, presenters and thinkers that question the future of the body, seen both in its anatomical sense but also as a “body of work” or an “ecosystem of collaboration”.