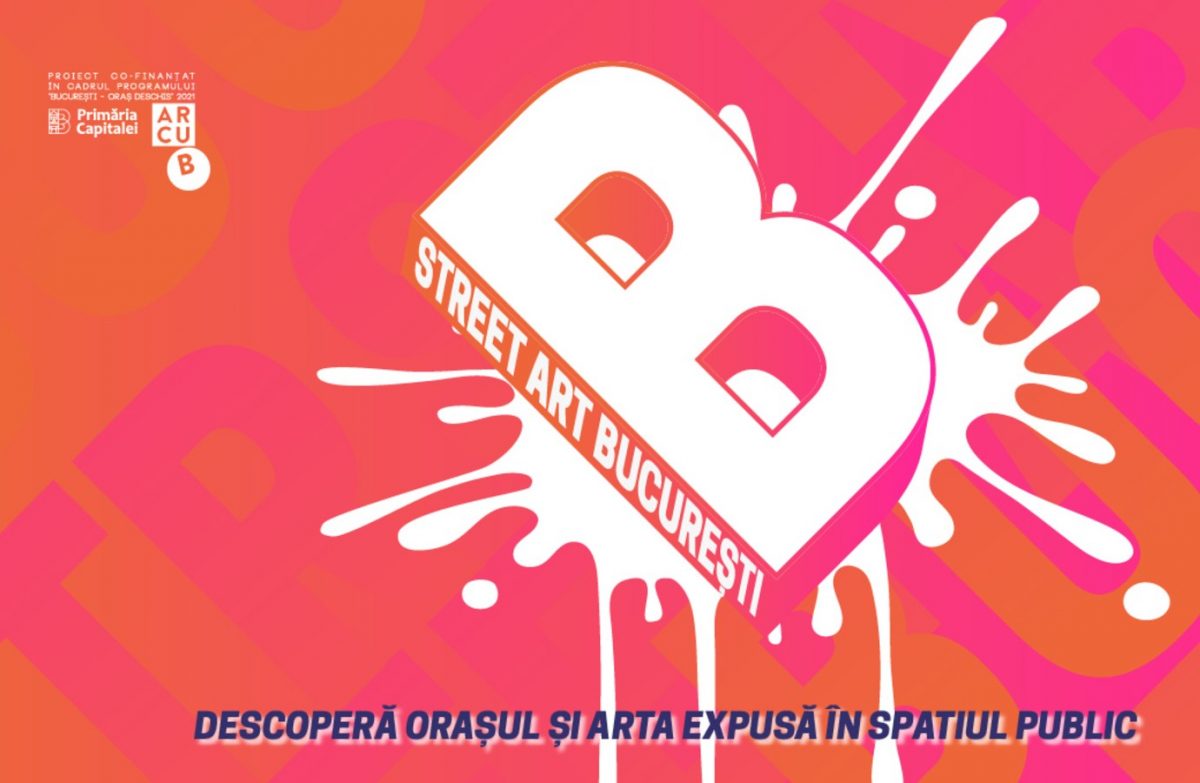 Street Art Bucharest creates, together with appreciated artists, such as Serebe and Pisica Pătrată, five artistic interventions in public spaces in the neighborhoods, hosted by the Bucharest Metropolitan Library, Special Gymnasium School Nr. 9, the National Center for Dance Bucharest and The Institute, located at Combinatul Fondului Plastic. Artists and photographers are invited to apply for two open calls, and Bucharest residents and visitors can participate, free of charge, in three guided tours of art in public spaces.

The program produces a printed album and an online map, which presents the latest street art works in the city, both of which will be launched during the group exhibition from October 15 to 23, in Bucharest. The opening of the exhibition brings together two artists from different fields, visual art and music, who will co-produce a live performance which will be broadcasted online in real time.

Artists and photographers are invited to apply in two open calls, and Bucharest residents and visitors can participate, free of charge, in three guided tours of urban art in public spaces. The first guided tour takes place on August 29, from 17:00.

The first open call for murals and street art interventions is launched on August 30, so we invite you to follow the project’s microsite to be up to date with the activities planned for the next period and to get involved: https://feeder.ro/streetartbucuresti

Street Art Bucharest is a cultural project created by Save or Cancel.

The project was co-financed by the Capital City Hall through ARCUB within the Bucharest – Open City 2021 Program.

For detailed information about the financing program of the Bucharest City Hall through ARCUB, you can access www.arcub.ro

The content of this material does not necessarily represent the official position of the Bucharest City Hall or ARCUB.

About Save or Cancel

Since 2009, Save or Cancel is a medium for communication and dissemination of arts and culture, promoting and facilitating their role in contemporary society.

The multidisciplinary programs self-initiated by Save or Cancel aim to identify sustainable and adaptable opportunities to (re)enhance the existing through cultural and editorial projects and programs.