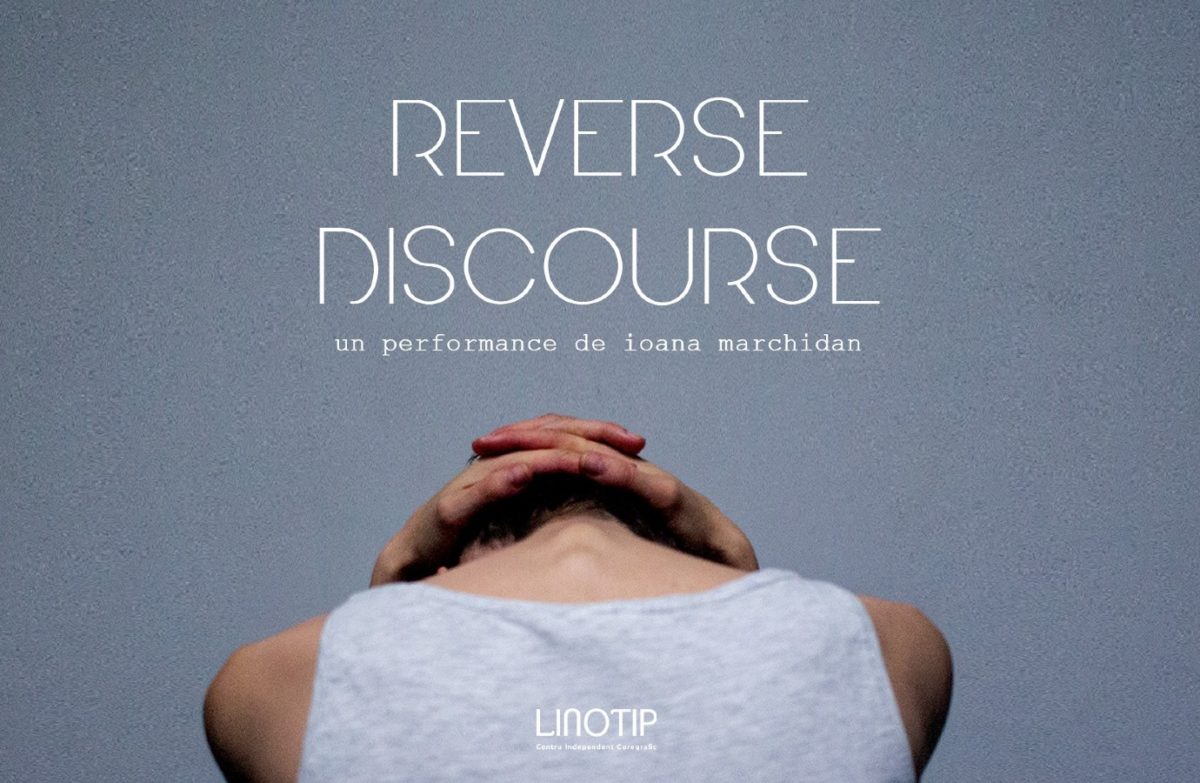 “Reverse discourse”, created and performed by Ioana Marchidan, produced by Linotip –  Independent Choreography Centre Bucharest, is presented at MOLDOVA DANCE FESTIVAL CONTACT+, 2022 with the support of the National Centre for Dance Bucharest.

“Reverse discourse” is that what the title suggests. An inverted speech. Depersonalized. Offered naked. Fragile. Intimate. A performance about body politics in which Ioana Marchidan short-circuits the collective body memory, identifying and bringing to the surface deeply rooted gestures, in order to unarchive them and decompose them through a body slide towards an abstract choreography. This cataloging and re-editing of the memory of submission, of the suppression and repression of the meanings of gestures, integrates the public as a participant in the dialogue, as a submissive observer.

In “Reverse discourse” I wanted to provoke emotion without mediating the gaze. To challenge the public to recall their own experiences or those transmitted and retransmitted, perpetually perpetuated by external factors, whether we are talking about people or the media. I used the body as a means of visual connection to an absurd dialogue. A bodily dialogue exposed in lines with distinct temporalities, which almost never intersect. An organic dialogue that exposes the dominator-submissive perspectives in multiple hypostases that outline the past and the present. A somatic dialogue that animates the traumas stored in our collective and individual memory. A visceral dialogue about the assumption of power and its exploitation in predominantly dictatorial, manipulative directions.

The initial idea of the project was developed by Ioana Marchidan and Hermina Stănciulescu, in 2018 within the framework of the creative residency EMOȚIONAL – initiated by Cosmin Manolescu in Lisbon, in partnership with Forum Dança, as part of a project co-funded by the Administration of the National Cultural Fund

On 22 September, from 7 pm, at the Luceafărul Theatre (Chișinău, Veronica Micle Street, 7).