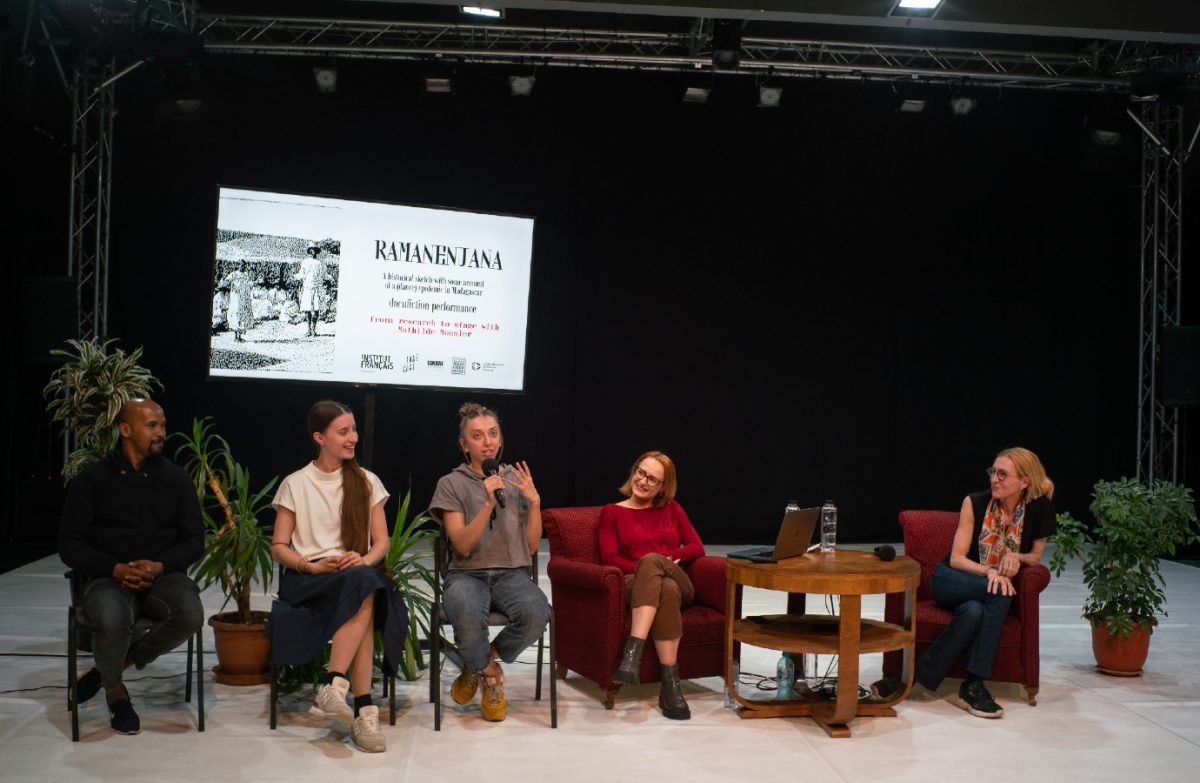 Last night, Simona Deaconescu guided us in an exciting and richly documented exploration of the “dance epidemic” of the nineteenth century in Madagascar, awaiting the premiere of Ramanenjana, a performative docufiction, on April 14 & 15, at CNDB.

The choreographer’s project addresses a little-known event that began in 1863 in southern Madagascar, spreading like a pilgrimage or procession to Antananarivo. Ramanenjana has been described in historical documents as a choreomania or dance epidemic in which more than 20,000 people danced with supernatural resistance from February to May. Their dance has been described as unnatural and dangerous, putting the body in a state of extreme physical and mental strain. The contagious nature of the dance remained a mystery to those who researched it. The spread of this dance is explained either by the relationship of interdependence with music, or by a pathological empathy between dancers, or as a moral contagion animated by superstitions. On the other hand, some researchers explain the dance and the process of contamination based on biological factors such as vitamin and mineral deficiency, malaria-carrying parasites, or a type of nervous system disease.

Simona Deaconescu, who had just returned from a three-week residency in Madagascar, presented a series of interviews with ethnomusicologist Olombelo Ricky, anthropologist Michel Razafiarivony, professors Ray Amandreny Benoit Randrianasolo and Serge Henri Rodin, cultural journalist Domoina Ratsara, as well as other people she met there. She found out that talking about Ramanenjana in Madagascar is still a challenging task.