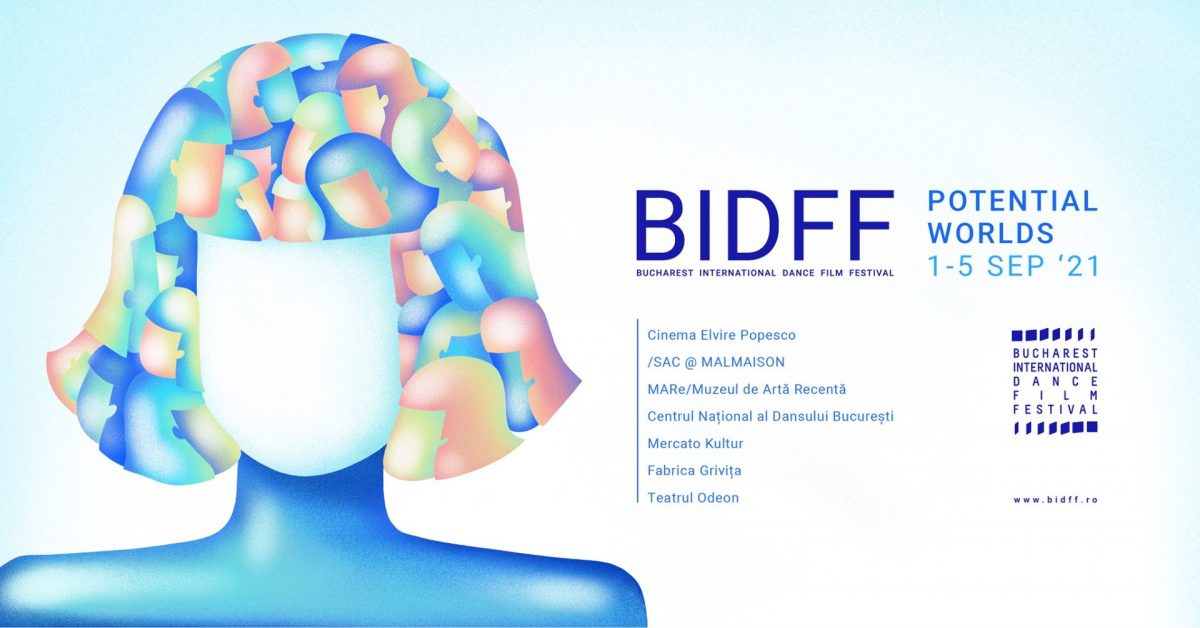 The seventh edition of Bucharest International Dance Film Festival (BIDFF), the only cinematographic event in Romania dedicated to dance films, will take place between September 1 and 5, in Bucharest.

BIDFF presents original films that use movement as the main language and the body as the subject. During the 5 days, the festival will present in 7 locations in Bucharest international and Romanian dance short films, documentary feature films about dance, music and performing arts, a VR exhibition, masterclasses with international artists, a dance film laboratory dedicated to young creators, as well as other related events dedicated to the community.

Artistic direction and theme of the festival: Potential Worlds

Art, like the world we live in, is in a continuous transformation. Art pushes the boundaries of the real world and constantly redefines its forms. Just as an ecosystem adapts to change, integrates new elements or mutations, needs regeneration and balance, so does art, in all its forms, seeks to redefine its form and content.

In the last year, contemporary society was taken by surprise by the appearance of some events that disrupted its linear existence and forced it to rethink its actions, the relationship with the environment, the relationship between state and citizen, transnational mobility, cultural identity. We had to correlate actions and ideologies on a planetary level, being forced by global events in front of which we had to reinvent the way we function as a society and question our values of humanity. In the middle of these situations is the body, this “biological vessel” that we try to protect and keep intact, but at the same time it is the generator of change, transformation and progress.

In the face of these borderline situations, art and the ways of producing and presenting art have also changed. Ignoring the crisis and the need for change is like watching a tsunami and thinking it’s just a wave you can float through without worrying about it. The artistic formats undergo some necessary mutations, the film leaves the cinema, the dance leaves the stage. BIDFF questions the current situation and wonders what we are heading towards. What will tomorrow’s art be like, the art of the next decade and, why not, the art of the next century? What can be the new cinematic and performative formats, what topics become relevant when you are forced by circumstances to be aware of borders and how can you transgress these boundaries using the body, cinematic art, science and new technologies?