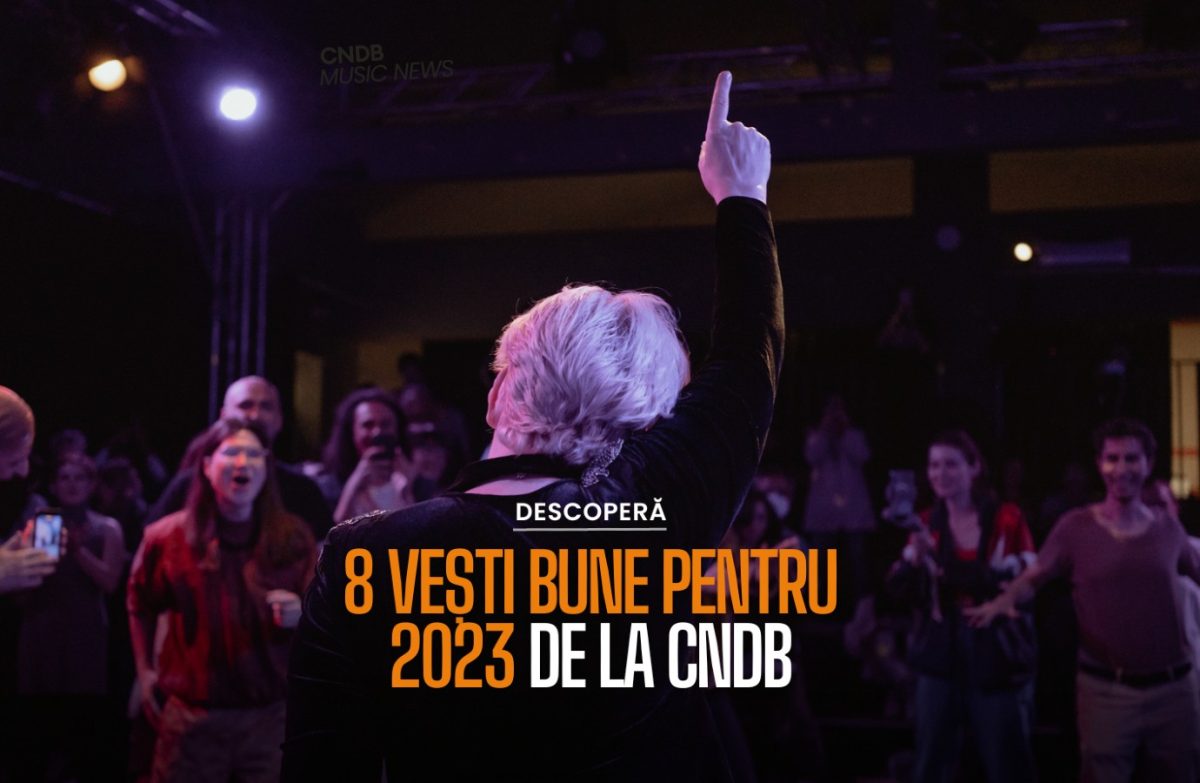 We have prepared a series of projects and strategic approaches that enhance the support and visibility of contemporary choreographic creation in Romania. Non-refundable grants dedicated to dance, a new edition of the Iridescent festival, an extended season of performances and several European projects are just a few of them.

The year 2023 marks the reintroduction of non-reimbursable funding in the structure of the CNDB programmes. These will be awarded to independent projects that contribute to the dynamics of the local dance scene, following a public call and on the basis of selection by a committee of independent experts.

Contemporary dance comes closer to the public with this year’s season of performances. In parallel with the performances programmed at “Stere Popescu” hall, the CNDB season diversifies by supporting the presentation of choreographic creations produced by independent artists and structures in other venues in Bucharest and in the country.

Iridescent – International festival of contemporary dance and other reconfigurations of the sensitive returns in 2023 with the theme IREVERSIBILE and will take place in May. The festival also includes the premiere of a new CNDB production: PatoSfera – manifestări patetice (title in the works), a performance choreographed by Mădăline Dan, which will bring together performers from different generations and styles.
This second edition of the festival brings a new section of films by local and international visual artists. The programme, curated by Anca Rujoiu, will present works in which the narrative is an open structure that establishes oblique and interactive connections between histories, geographies, disciplines and species.

The Academy of Dance and Performance is starting courses for producers in the performing arts, and the programme for dancers will produce three creations in co-production with Brain Store Project Foundation in Sofia and Stanica – Service for Contemporary Dance in Belgrade. These collaborations are part of the European project SEEDS – South-East European Dance Stations.

The Performing School for Children continues its course modules, with a focus on creating a repertoire relevant to young audiences, which will be presented more frequently and in different contexts.

We also remain active on the international scene, in the European Aerowaves network and in the Relay project – Thinking Artistic Material in Music and Dance. In 2023, the CNDB is a partner in a new international cooperation project: MODINA – Movement, Dance Intelligence and Interactive Audience. involving 4 other dance centres and 3 academic institutions from 6 countries: Tanzhaus NRW (Germany); Sõltumatu Tantsu Lava (Estonia); Kino Šiška (Slovenia); Trafo (Hungary), Tallinn University (Estonia); Hochschule Düsseldorf (Germany); Interactive Technologies Institute, IST-ID (Portugal). This project, co-funded by the Creative Europe programme, aims to expand the creative possibilities for contemporary dance performances and enhance the audience experience through the use of new technologies, with a focus on exploring artificial intelligence (AI) through interdisciplinary collaboration, art and science.

Last but not least, at the national level, CNDB is a partner of the Performing Arts Festival of Timișoara – European Capital of Culture 2023, and will support the creation and presentation of the performative installation Readings of female corporealities by Simona Deaconescu and Flor Firvida (Mexico). The installation will be presented both during the festival in Timisoara and in Bucharest.

Stay up to date with news from the CNDB by following details of events and projects on our website, Facebook, Instagram or subscribe to the newsletter for the latest news and opportunities in the world of contemporary dance.